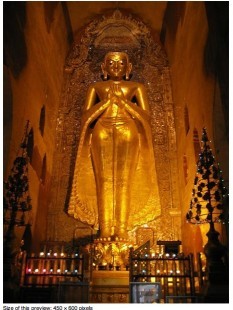 Lay people, monks, bishops, cardinals, and Pope are all under the Laws of the country they live in. Priests are held to a higher standard like Buddha’s Vinaya or as some other religions would say God’s or Allah’s laws. They are even stricter.

Some Buddhist priests may think they always own or should own the monasteries or Temples. Not true in Burma, Sri Lanka, Thailand, or elsewhere or in the US. Per Vinaya, the village sponsors or donors have to donate to them before they can own it. They have a right not to donate to any priest. They can have the priests as “custodians” or “managers.”

In US, if registered with the States, (like California), as a non profit religious charitable organization, the Temple is owned by the community or public, in a sense by Uncle Sam. It has to be managed on behalf of the community for the general public interests and not solely for the priests’ interests. Also, in case of conflicting interests, public interests always take precedence and overwhelm the priests’ interests.

To form a monk’s or monks’ owned monastery, the priests or sponsors should not register as a nonprofit with the Secretary of State of the US state concerned, but as an ordinary entity. Or, just keep it as a sole ownership or partnership. It would then be a “business” without tax exemption and the donors cannot take tax deductions in their tax returns.

Below, we have a case of a monk being ignorant of the tax and US laws. He, probably, was also driven by greed. He was spreading some lies as to monk ownership of the temple. His predecessor monk had built up a harmonious community and was happy with the situation.

However, he “pushed the envelope” too far. Acting “holier than thou” and misusing his robe, he was setting up some NAIVE & OBLIGING community members against any opposition with his misinformation so as to seize the temple ownership.

He was taught a lesson by the Burmese sponsors, a lesson that he will remember. Yes, a lesson for us, too.

We call it “Zan shore!” That is, taken down a peg from his “floating in the clouds,” so to speak.

Preaching laymen about detachment from “GREED” or not “LYING,” a few monks are not free from them either. “Do as I say, but not Do as I do!”

Two active members of a Baltimore-area Buddhist temple have secured a restraining order against its resident monk, on allegations that he amended corporate documents to allow him to seize power and property for himself and other monks of his choosing.

Defendant Sangha U. Kissayana claimed in the questioned corporate documents that his actions were in compliance with the bequest that established the temple about five years ago.

Win and her husband, Dr. Mehm Thein Thaung, are “life members” of the society and sought the temporary restraining order against it and resident monk Sangha U. Kissayana.

At issue in the case are the society’s temple on Old Court Road in Gwynn Oak, purchased in 1997 for more than $187,000, according to court documents, and a building fund that contains more than $220,000.

The plaintiffs claim they contributed much of the building fund, and “fear that if the substantial funds of the Society … in the building fund are not protected and safeguarded for their intended purpose, Defendants … may invade those fund which were donated for a specific purpose and spend them on other purposes.”

The temporary restraining order will remain in effect until July 29, but may be extended until Aug. 8 if the plaintiffs petition the court.