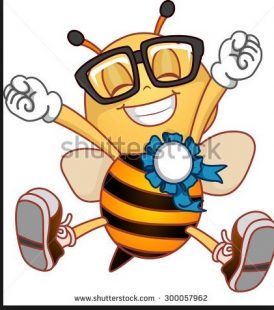 The Keenlyside team found that natural variability in the Earth’s oceans will “temporarily offset” global warming from carbon dioxide. Seventy percent of the Earth’s surface is oceanic; hence, what happens there greatly influences global temperature. It is now known that both Atlantic and Pacific temperatures can get “stuck,” for a decade or longer, in relatively warm or cool patterns. The North Atlantic is now forecast to be in a cold stage for a decade, which will help put the damper on global warming. Another Pacific temperature pattern is forecast not to push warming, either.
Science no longer provides justification for any rush to pass drastic global warming legislation. The Climate Security Act, sponsored by Joe Lieberman and John Warner, would cut emissions of carbon dioxide — the main “global warming” gas — by 66 percent over the next 42 years. With expected population growth, this means about a 90 percent drop in emissions per capita, to 19th-century levels.
Other regulatory dictates are similarly unjustified. The Justice Department has ruled that the Interior Department has until May 15 to decide whether or not to list the polar bear as an endangered species.
Pressure to pass impossible-to-achieve legislation, like Lieberman-Warner, or grandstanding political stunts, like calling polar bears an “endangered species” even when they are at near record-high population levels, are based upon projections of rapid and persistent global warming.
———–
ဥပဒေတွေ အရမ်းကာရောထုတ်ပြန်တယ်
————
Proponents of wild legislation   like to point to the 2007 science compendium from the U.N. Intergovernmental Panel on Climate Change, deemed so authoritative it was awarded half of last year’s Nobel Peace Prize. (The other half went to Al Gore.)
————————-
နိုဘဲဆုလဲ(မရသင့်ဘဲ) ရလိုက်တယ်
————————–
In it there are dozens of computer-driven projections for 21st-century warming. Not one of them projects that the earth’s natural climate variability will shut down global warming from carbon dioxide for two decades. Yet, that is just what has happened.
If you think about it, all we possess to project the future of complex systems are computer models. Therefore, if the models that serve as the basis for policy do not work — and that must be the conclusion if indeed we are at the midpoint of a two-decade hiatus in global warming — then there is no verifiable science behind the current legislative hysteria.
What does this mean for the future? If warming is “temporarily offset” for two decades, does all the “offset” warming suddenly appear with a vengeance, or is it delayed?
Computer models, like the one used by Keenlyside, et al., rely on “positive feedbacks” to generate much of their warming. First, atmospheric carbon dioxide warms things up a bit. Then the ocean follows, raising the amount of atmospheric water vapor, which is a greater source of global warming than carbon dioxide. When the ocean does not warm up, it seems that the additional warming is also delayed.
—————-

—————–
All of this may mean that we have simply overestimated the amount of warming that results from increases in atmospheric carbon dioxide.
That final point has been a subject of debate for a long time. Several recent publications in the peer-reviewed literature argue that observed changes in temperature show the “sensitivity” of temperature to increasing carbon dioxide is lower than earlier estimates.
————-
( ကာဘွန်ဒိုင်အောက်စိုဒ် က အပူရှိန် ကိုမှန်းထားသလောက် အပူမပေးပါ၊)
————
All of this suggests a 21st-century warming trend that will be lower than the average value calculated by the climate models in the IPCC compendium.
But who really knows? Before Keenlyside dropped his bombshell, few scientists would have said publicly that global warming could stop for two decades. Anyone raising that possibility would doubtlessly have been treated to the smug reply that “the science is settled,” and that only the most bumptious ignoramus could raise such a question.
One final prediction: The teeming polar bear population will be listed as “endangered,” and in the next year or two, Congress will pass a bill mandating large and impossible cuts in carbon dioxide.
———————–

What is “settled” is the politics, not the science.